Thanks to the performance of HAMANN Motorsport the fast street racer becomes a real racing car: with improved aerodynamics, more power and imposing wheel/tyre combination. Thus, the new BMW M6 from HAMANN is fit for motorsports and an individually refined gem. 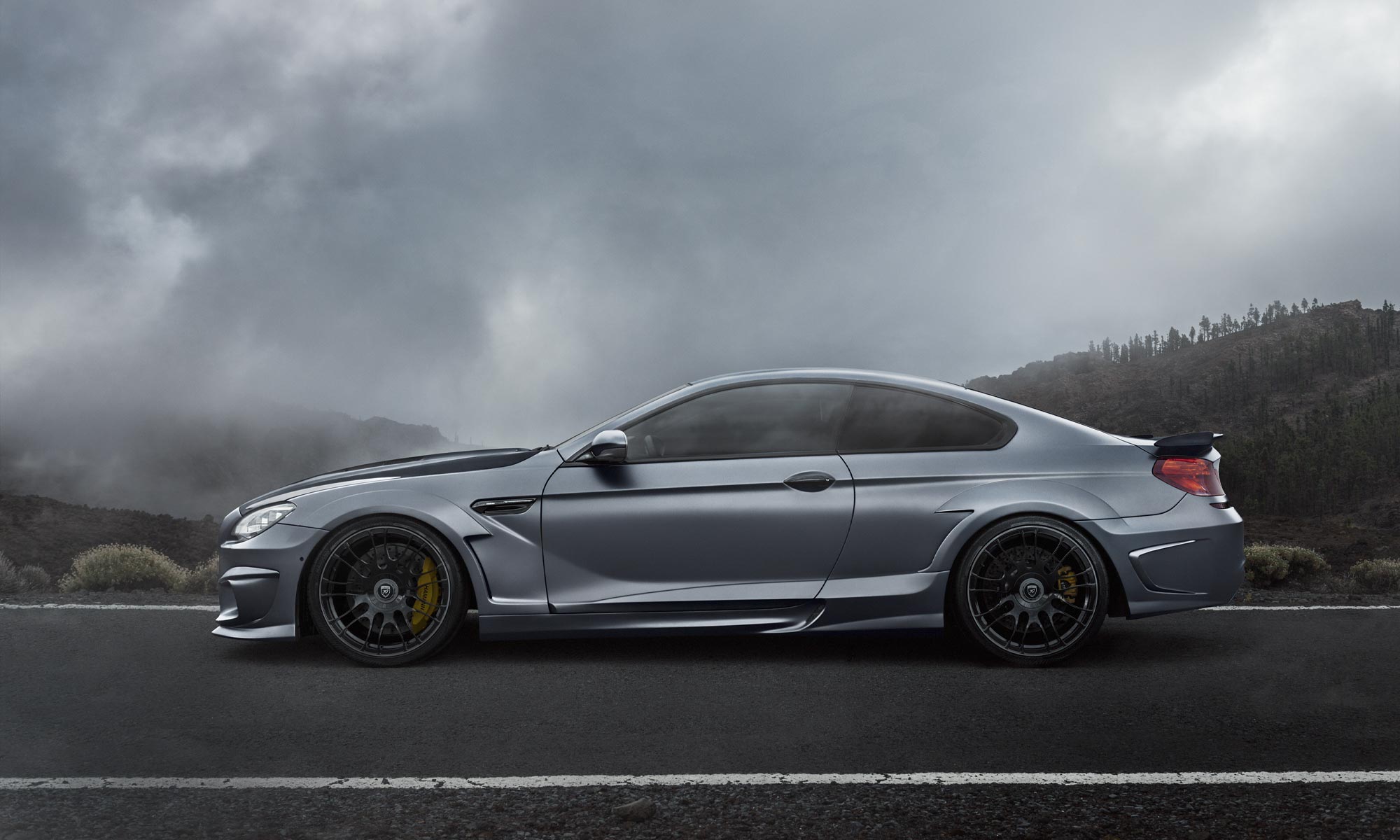 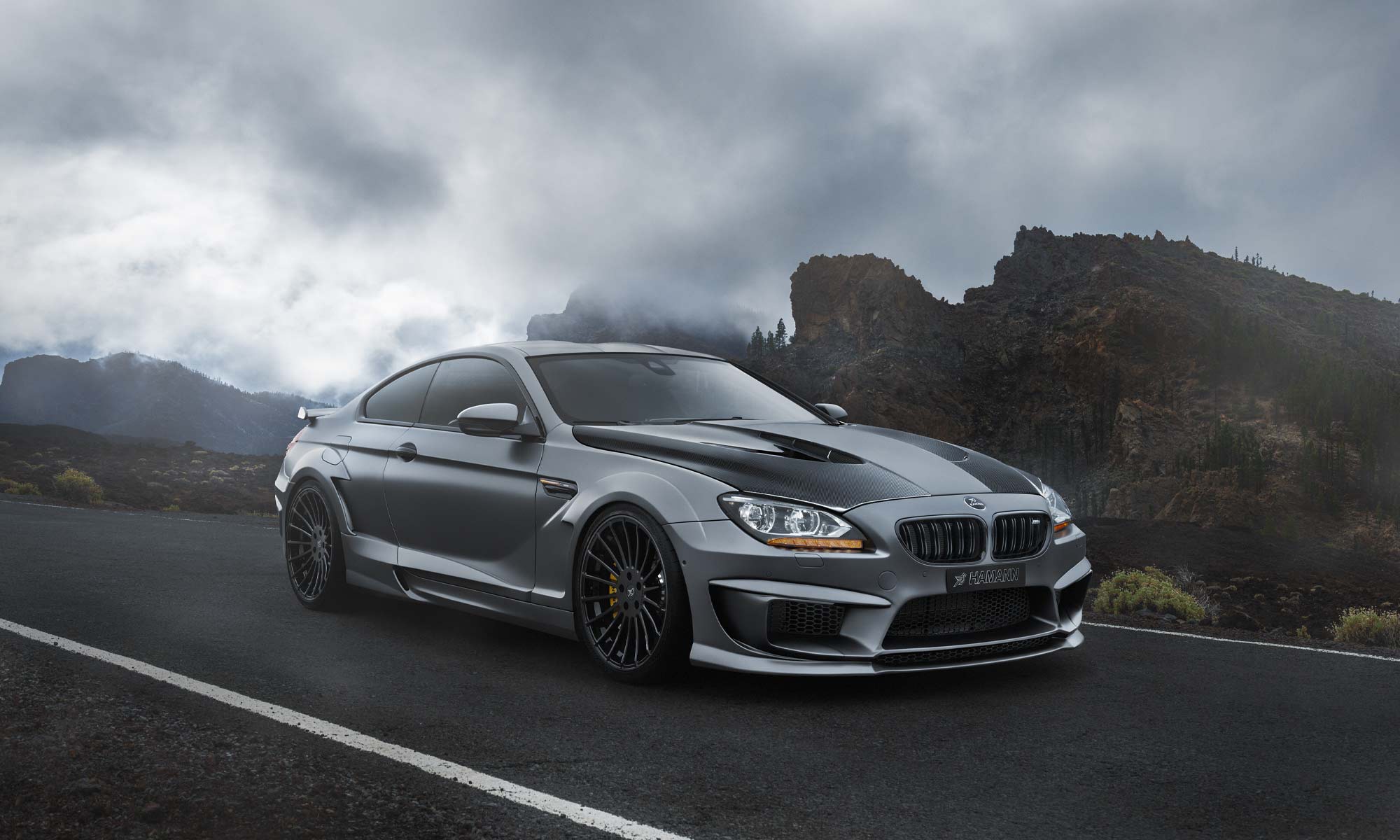 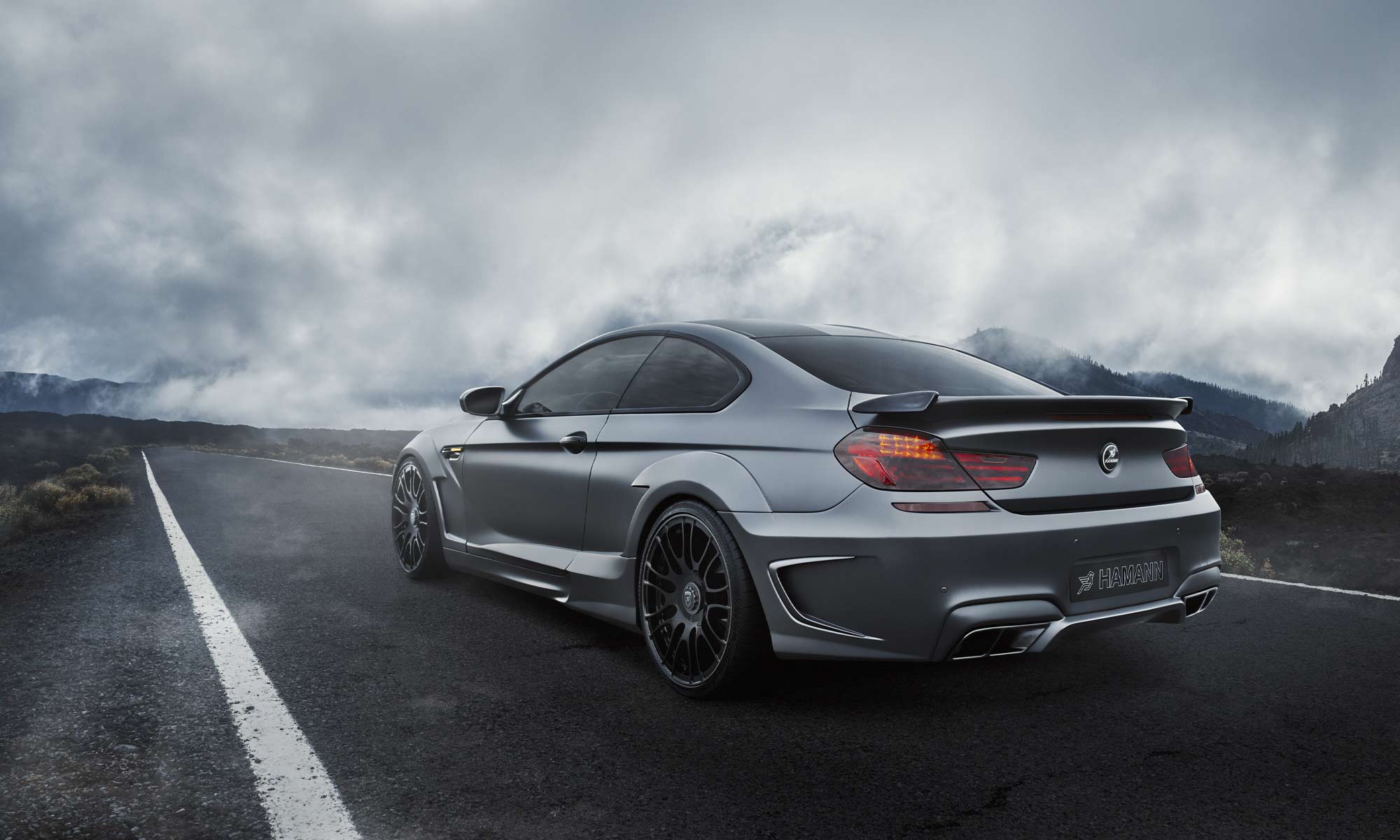 The BMW M6 F13 tuning version by HAMANN is a gentleman in a racing suit. The BMW M6 Coupé presents itself with the exclusive, black carbon bonnet. Then there is a spoiler adapted to the original front skirt, plus suitable side skirts. And those who want even more will be delighted that HAMANN tailors the ultimate wide-body kits “MIRR6R” to the M6. A feat of design and technology – from the wings that are 40 mm wider to the three-part rear spoiler and the integrated carbon Venturi diffuser. Additionally, the body kit’s design language embraces seamless lines. This precision fit with the standard vehicle is one of HAMANN’s specialties.

Neither the M6 F12 Convertible nor the F13 Coupé lack power. But experience shows that some more power under the carbon bonnet never does any harm.

Hence, the HAMANN engineers have developed a control unit (chip tuning) that upgrades the power of the eight-cylinder engine from 560 hp to up to 650 hp. The ample torque of 850 Nm is available at 1500 rpm already, drawing the distinction between road and racing power – the sprint in less than four seconds becomes reality. For equally phenomenal deceleration, the German refinement team recommends the carbon-ceramic brake system from the M series.

What power develops in the BMW M6 F13’s front is turned into acoustic fireworks in the back: the high-quality four-pipe sports exhaust system with carefully built black anodised tail pieces in HAMANN design. An exclusive precision work that ensures a brute sound and catapults the BMW M6 F13 by HAMANN into the league of super sports cars.

Well, in the top league it is not only about power but also about performance. Hence, HAMANN opted to fine-tune the F12/13 suspension components with an exclusive wheel/tyre combination. Sport springs with a lowering by 25 to 35 mm give the driver direct feedback and keep the M6 stable in any situation. All this is supported by the extremely resistant and ultra-light forged wheel from the unique HAMANN wheel edition specially developed for the M6. Highest level is the “Unique Forged Formula 21” with noble double-spoke design, central locking and matt black finish or, alternatively, the multi-spoke “Anniversary Evo 21” in a classical matt silver finish.

The icing on the cake is the individual interior design of the BMW M6 F13 tuning kit. Leather Alcantara applications in the cockpit and on the headrests or pedals and footrests made of high-quality aluminium in racing look are just a few examples. Or the illuminated trims in chrome and the exclusive car door LED welcome projector lights with HAMANN logo. Precisely tailored to the BMW M6 as Convertible or Coupé. And HAMANN has a ready ear for all who have other unusual special requests.